While the Jewish musician’s reverence for guitars over grace hardly sings of piety, his illustrious life and career exemplify the Jewish cultural tradition of transformation and rebellion. 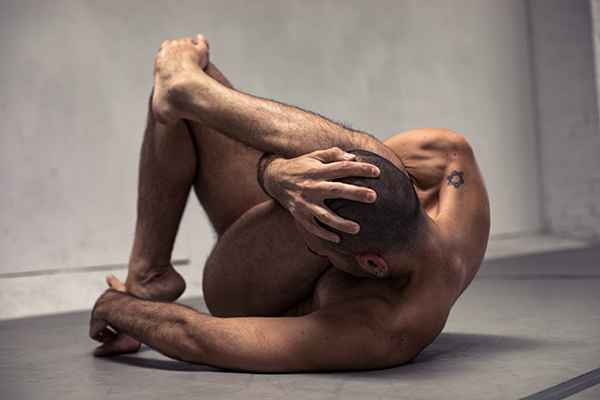 It’s fitting then that Victoria’s newly rebranded Festival of Jewish Arts and Music (FOJAM) has lifted the theme for its 2019 event from Reed’s musical ode to ‘70s New York underground culture, ‘Walk on the Wild Side’.

FOJAM’s Artistic Director Lior Albeck-Ripka explains, “this year’s theme is about giving space to those who don’t fit in the box.” She invites participating artists and audiences to heed Reed’s call and walk their own wild sides, urging: “Leave your armour at the door and be open to the unknown”. After all, as Melbourne musician and FOJAM Patron Deborah Conway points out, “the name Israel translates as ‘wrestling with God’—it’s what [we] Jews do well.”

FOJAM’s Artistic Director Lior Albeck-Ripka explains, “this year’s theme is about giving space to those who don’t fit in the box.”

The program also features more subversive fare, such as a performance by the gender queer, Arab-Jew drag artist Asis D’Orange, a solo dance work – carrying a full nudity warning – by Israeli choreographer Israel Aloni, and an address by Zackary Drucker, a multimedia artist and LGBTQIA+ activist who will speak about her work as a producer on the TV series Transparent. All three artists will join author Dr. Lee Kofman in a panel discussion exploring the intersections of art, identity and nationhood. It is one of the many robust conversations slated to take place throughout the festival and an example of FOJAM’s commitment to showcasing Jewish expression in all its nuance and diversity.

Harking back to the theme, the day’s festivities culminate in the headline show ‘Transformer – A Tribute to Lou Reed’. Indie-pop artists Gabriella Cohen and Kate ‘Babyshakes’ Dillon serve as musical directors to a motley crew of musicians paying homage to Reed’s seminal album. The duo handpicked artists such as Chris Cohen, Deborah Conway, Alex Gow and Spike Fuck to perform tributes to Reed’s songs. Explaining their curatorial approach, Gabriella Cohen offers: “We were interested in selecting musical individuals who were not just familiar with his work, but who would inject their own flavour to compliment Lou’s.”

According to Gabriella, these musical fusions should appeal to both ardent fans and newcomers to Reed’s music. However, for the artists paying homage to Reed, his punk attitude transcends the tunes. “He knew how to not deliver,” quips Alex Gow. “He encouraged an expectation and then gave them something else.” The Oh Mercy frontman chose to cover ‘Satellite of Love’, explaining: “I like these naive songs Lou wrote. They mean very little, transport you nowhere and one section from the next barely have anything in common. He’s being playful, ridiculous. And why not? I want some of that. Leave ‘Hallelujah’ to Leonard Cohen, at least for a little while.” On her song selection, Deborah Conway offers: “I chose ‘Vicious’ but I could have chosen any of them. I always responded to Lou Reed’s no-singing singing style. It speaks to a completely ‘couldn’t give a rat’s ass’ attitude which makes the songs live eternally.”

Conway’s contribution to this year’s program is vast and varied. In addition to performing at the ‘Transformer’ event, she will be appearing in conversation with Vivien Goldman discussing women’s involvement in punk, performing a set with partner and collaborator Willy Zygier, and co-curating the festival’s centerpiece event Song of Songs, a tribute to Jewish songwriters and composers.

As the Festival Director of the 2015 and 2017 iterations of the festival, Conway is well-versed in the history of Jewish cultural contribution. “[It] is a deep, wide, millennia-old and extraordinarily diverse project,” she explains. “When the Jews of Europe fled the pogroms and the Holocaust and emigrated to New York and beyond, so many of these sons of Cantors became the backbone of the American Songbook, writing their idealised life of American freedom and making it catchy.” It’s a sentiment that Gow succinctly echoes: “Most of the best musicians were Jewish, right?”